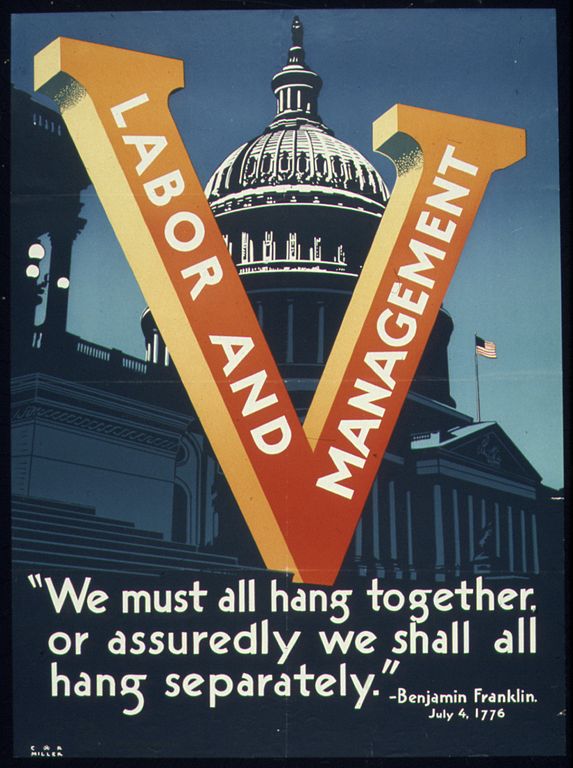 In a March 1 story on Poynter.org, Mich. unions say JRC has “declared war,” threaten strike, Andrew Beaujon writes the Metropolitan Council of Newspaper Unions is warning its members of union-busting tactics being employed by Journal Register Company and the Alden Global Capital subsidiary, 21st CMH Acquisition Co., that plans to “purchase” the company in bankruptcy proceedings.

According to the union’s bulletin:

1. On February 22, JRC gave notice to all the unions at the Macomb Daily and Daily Tribune that it was terminating all collective bargaining agreements. The termination of contracts would be effective March 31. JRC is doing this because it claims it will no longer be the employer when 21st CMH becomes the owner of the newspapers on April 17.

3. In Philadelphia and New York, 21st CMH proposed union-busting contracts. It proposed contracts that eliminate all protections regarding work jurisdiction, subcontracting and outsourcing. Those proposed contracts give 21st CMH management the right to change terms and conditions of employment at any time – insurance, work schedules, compensation, etc.

4. When the Philadelphia and New York unions would not to agree to the union-busting contracts, 21st CMH sent letters to JRC employees telling them they could apply for their own jobs when 21st CMH becomes the employer. 21st CMH would selectively hire some employees. The new terms of employment by 21st CMH, according to the letters, include:

An employee at one of the Michigan papers commented on the Denver Newspaper Guild site that some workers aren’t waiting around to see how this all plays out:

As an employee in the Michigan Cluster it is very unfair to us to be on pins and needles and when questions are asked we get answers read from a script. They need to tell us if we are going to have jobs, be considered for jobs, something so we know. Most are being very proactive in searching for another job right now.

In a related story, three Philadelphia units of the Newspaper Guild voted to accept a “final offer” from 21st CMH.

“Our members voted this up resoundingly, but they also were told take it or leave it,” [Newspaper] Guild President Bernie Lunzer said. “This new ownership which is really the old owners reconstituted – sent letters warning all workers that they would be fired when the sale is complete and would have to reapply for their jobs, and would have their pay cut.”

Things with the Journal Register Co. bankruptcy are starting to move fast, so stay tuned.