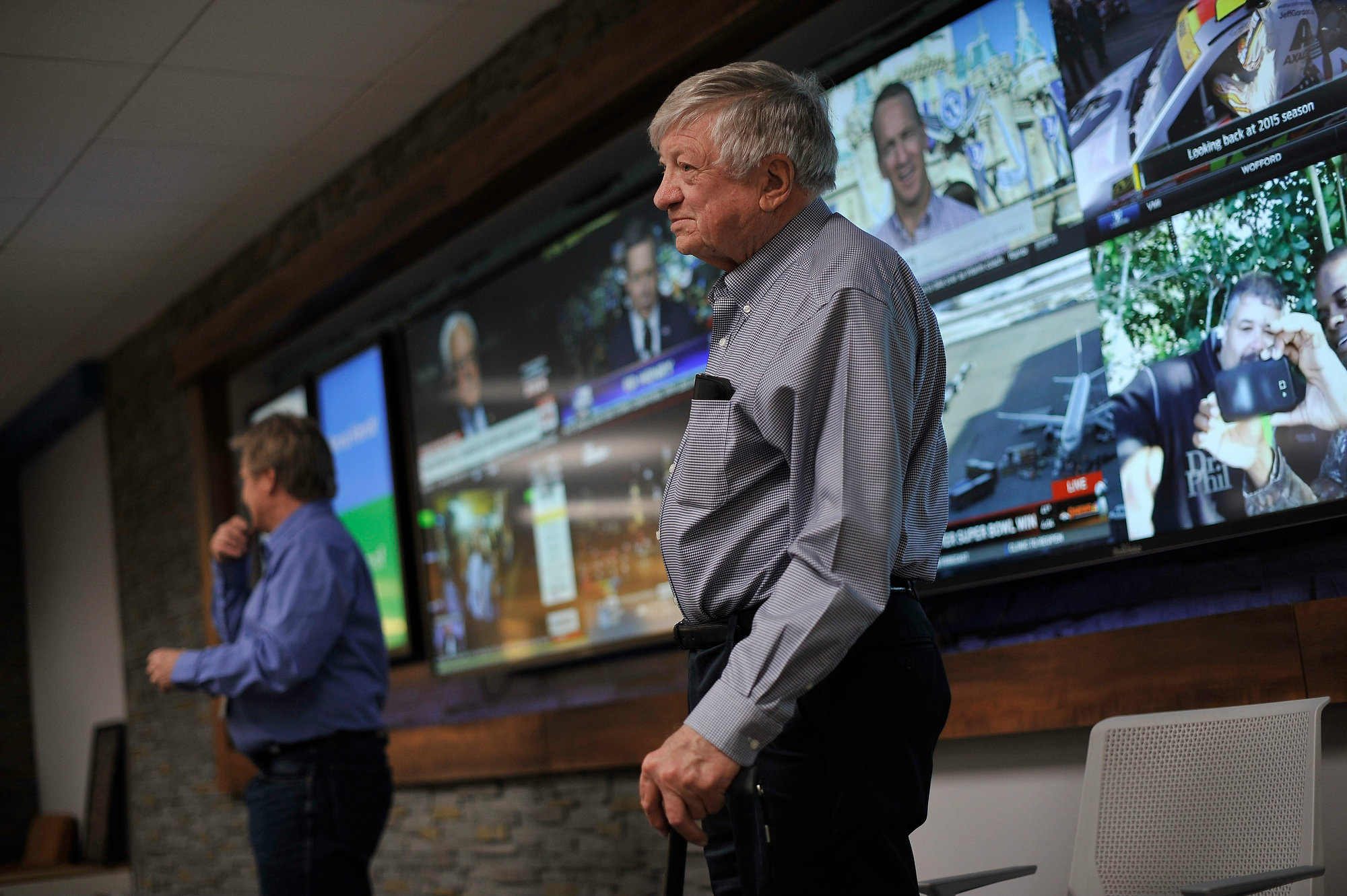 Denver Post sportswriter Irv Moss in the newsroom during a Feb. 6 celebration of his 60 years at the paper. Photo by Pat Traylor

The Denver Newspaper Guild joined The Denver Post staff and management on Monday, Feb. 8, in the newsroom to commemorate the 60th anniversary of sportswriter Irv Moss. 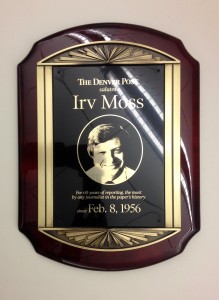 The plaque commemorating Irv Moss’ 60 years at The Denver Post.

The event marked the longest any journalist has served at The Post in its 120+ year history, and by any employee by at least 2 years.

Although unconfirmed, it’s believed Irv also holds the record for continuous service by a journalist in the history of any newspaper in Denver.

The event was marked by speeches from Editor Greg Moore, sportswriting colleague Terry Frei, and Bob Ottewill, the former executive director of the Catholic High School Activities Association, which recently inducted Irv to its Hall of Fame.

“Irv’s been a profound influence on all journalists through his six decades of service, and I well-remember the day I met him on The Post’s sports desk when I had my first big-newspaper job in 1983,” investigative reporter David Migoya said. “We can never forget that in this industry there are those who came before us and trailblazed a future that has had lasting impact. I still love seeing his byline each time I open my copy of The Denver Post in the morning.”

A plaque commemorating Irv’s achievement was presented to him and will be permanently displayed inside The Denver Press Club. An open-house reception will be held at the club on Friday, Feb. 12, to mount the plaque. 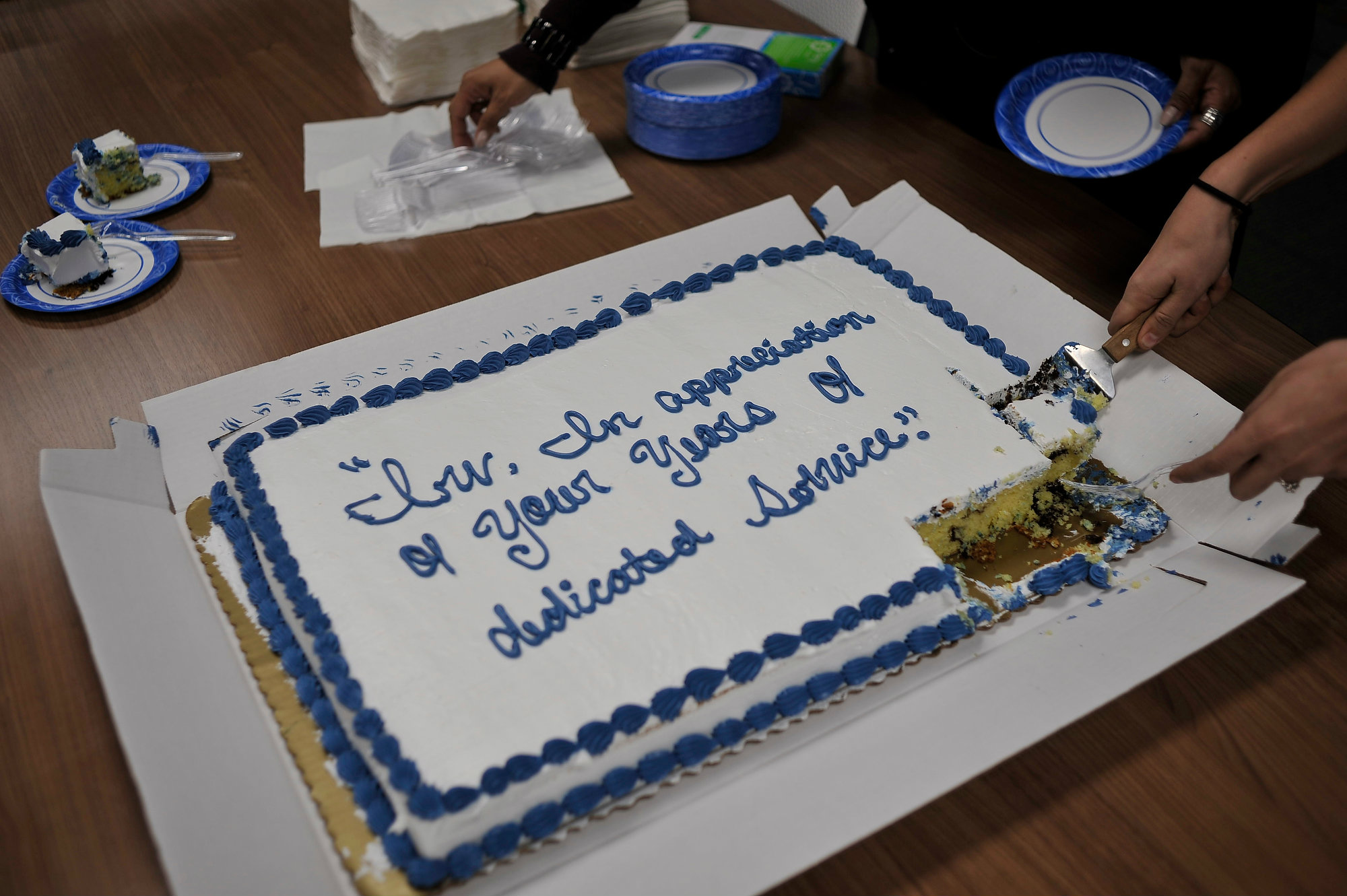 The cake Irv and staffers enjoyed during the celebration. Photo by Pat Traylor