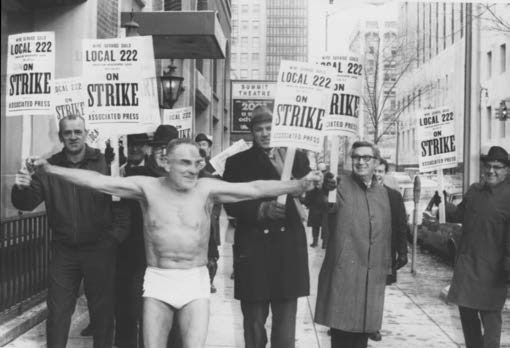 At its conference in Pittsburgh on April 18-20, the Newspaper Guild released a publication celebrating its 80th anniversary. The book is packed with historic photos, columns and quotes, including this one on page 2:

If I were a working newspaperman, I would belong to the Guild and be active in it. And if I published a newspaper, I would want my employees to belong. The record is clear that the advantages of collective bargaining are mutual and vital to publisher, employee and the public alike.”

And be sure to check out page 19 where you’ll find a photo (by John Prieto) of actor Ed Asner, aka “Lou Grant,” marching with Denver Newspaper Guild members in 1988.