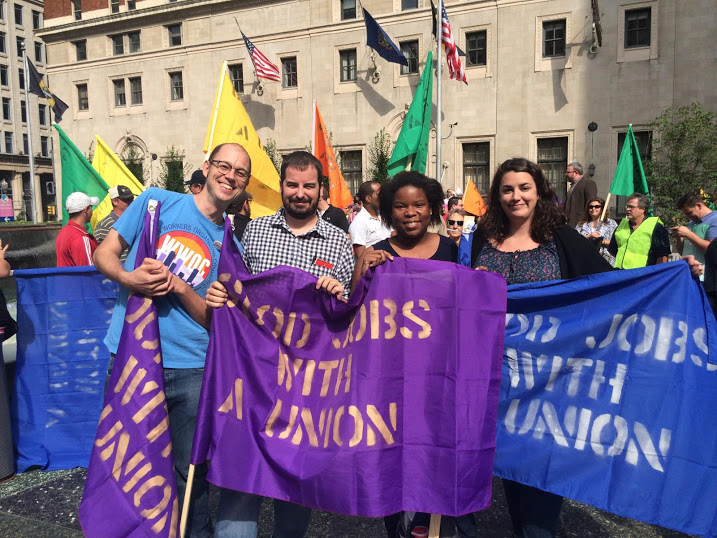 Four members of the Denver Newspaper Guild attended the Communication Workers of America’s Next Generation Summit in Pittsburgh from July 30-Aug. 1.

The focus of the event was to train and connect young workers in order to foster a new generation of union activists. Workshops spotlighted alternative ways of organizing, such as the recent actions around fair wages for fast-food workers and the use of social media to help support organizing and contract campaigns. Young workers connected with retirees and other strong longtime union members.

CWA members at the summit participated in a march in support of the workers at the University of Pittsburgh Medical Centers, who are organizing as part of the Make It Our UPMC campaign.

More coverage of the summit: