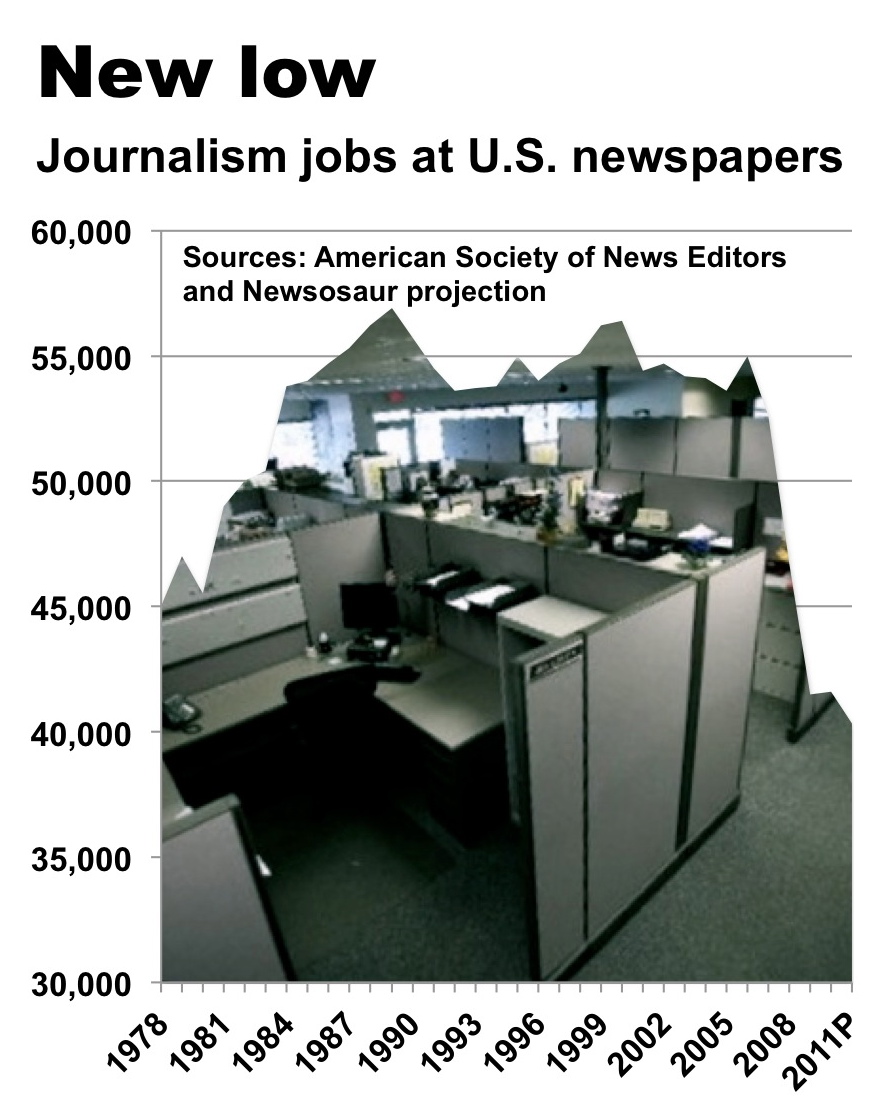 From Reflections of a Newsosaur

The number of jobs eliminated in the newspaper industry rose by nearly 30% in 2011 from the prior year, according to the blog that has been tracking the human toll on the industry for the last five years.

Meanwhile, a separate analysis confirms what most of us already suspected: The proportion of cutbacks was higher in newsrooms than it was for the industry as a whole – twice as high by the calculations I will share in a moment.

First, let’s take a look at the surprising surge of job cuts in 2011, a year that many newspaper people had hoped would be a time of relative stability after five years of successive revenue declines. Instead of steadying, advertising sales slid throughout 2011 and likely will come in at less than half of the record $49.4 billion achieved as recently as 2005.