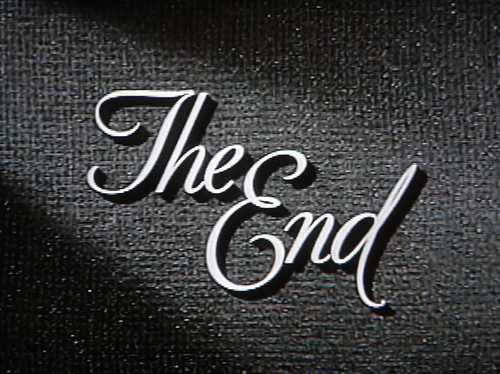 In case you missed it, unions are in their death throes. The Bureau of Labor Statistics released a report showing in 2012 union membership declined by 400,000 to 14.3 million workers, or 11.3 percent of the workforce, down from 11.8 percent in 2011.

That the decline that began in the 1950s is continuing isn’t really earth-shattering news.

A collection of somewhat random links and snippets:

Labor specialists cited several reasons for the steep one-year decline in union membership. Among the factors were new laws that rolled back the power of unions in Wisconsin, Indiana and other states, the continued expansion by manufacturers like Boeing and Volkswagen in nonunion states and the growth of sectors like retail and restaurants, where unions have little presence.

As the labor unions have declined, professional corporate managers have formed increasingly powerful guilds of their own. They belong to elite groups, such as the Business Roundtable or the Trilateral Commission, to name a couple. Many are even having a little cabal in Davos, Switzerland this week.

To give you an idea of what this means in real-life terms, here’s the latest data on the difference in wages between unionized and nonunionized workers.

Was the decline of American unions inevitable? Not if you ask Canada | The Washington Post

Between the 1920s and 1960s, both countries saw a similar surge in union membership, thanks to changes in labor law and the growth of sectors ripe for organizing, such as automobile manufacturing. But around 1965, something changed. The two countries diverged. Union membership held steady in Canada, but plummeted in the United States.

Such sharp drops in union membership indicate that U.S. labor laws are out of step with the modern economy. Traditional unions no longer appeal to workers the way they did two generations ago. Outdated restrictions in labor laws are now seen as holding back both employers and employees.

If Labor Dies, What’s Next? | The American Prospect

For many Americans, the death of labor would doubtless seem the natural order of things, the dinosaur finally shuffling off to the graveyard. Unions have no presence in the hottest and hippest sectors of the economy, in high-tech, fashion, and finance. The public’s image of labor is a memory of a memory that’s anywhere from 50 to 100 years old—the Yiddish- and Italian-speaking seamstresses of the Lower East Side, the goons in On the Waterfront, and, for the historically sentient, George Meany puffing a cigar and damning the Vietnam peaceniks.

It doesn’t seem to matter that these images don’t conform to present reality. Today, there are millions more unionized teachers than unionized truckers. Of the six unions with more than a million members, two are headed by lesbians and one by an African American, a level of diversity in these troglodytic institutions not to be found on Wall Street or in Silicon Valley.

But labor’s anachronistic image persists, and for a reason: It stubbornly represents blue-collar workers long after they’ve gone out of style and their numbers have diminished. It speaks for autoworkers and steelworkers, for the cutting-edge industries of 1935. To the young, even to most campus activists, unions are a holdover from their great-grandparents’ generation, speaking a language as incomprehensible as Old English: solidarity, shop stewards, seniority, strikes. Where are unions in the new economy? Can a union do anything for a temp? A part-timer? A software writer? A barista? Will anyone under 30—will anyone over 30—even notice if unions cease to be?

But if you’re thinking about this like an economist, you may be thinking, a) we can’t support these union premiums in a competitive, global economy, and b) the declines in unionization I bemoan here must be associated with more job creation, right? We’re squeezing out an inefficient market interference and thus moving down a demand curve, getting workers’ wages more aligned with their efficient market wage and thus generating more jobs.

I disagree. There are many other advanced economies with far more union coverage that are extremely competitive—more so than we are.

If we want the fruits of economic growth to benefit the vast majority, we will have to adopt a different set of guideposts for setting economic policy, as the ones in place over the last several decades have served those with the most income, wealth, and political power. Given unions’ important role in setting standards for both union and nonunion workers, we must ensure that every worker has access to collective bargaining.

The Data | Bureau of Labor Statistics

And since you made it this far you deserve a song. Hint: It’s from the Simpsons.