The Denver Newspaper Guild attempted to buy an advertisement in The Denver Post stating the Guild’s position on the latest job cuts announced for The Post. We were initially given the price of $6,450 for a quarter-page ad to run on Tues. March 20. Today we received word that the newspaper will not run the ad. 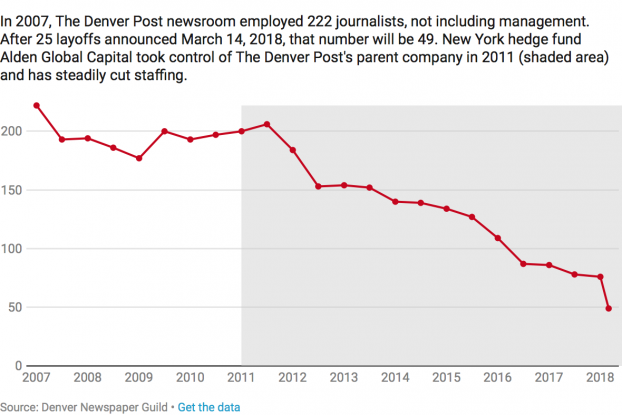 Now is the time for new owners at the Post and all other DFM newspapers. The Denver Newspaper Guild implores Alden to sell its free-falling DFM properties to local owners while there remains a chance to invest in journalism.

The next quarterly Denver Newspaper Guild newsroom unit meeting will be held Wednesday, Feb. 21 at noon in the Molly Brown room

A broad coalition of 1,500 unionized news workers will conduct a joint day of action on May 3 —- World Press Freedom Day —- as part of a national campaign to protest the corporate-led assault on quality journalism.

The Denver Newspaper Guild will hold its holiday party on Dec. 12.